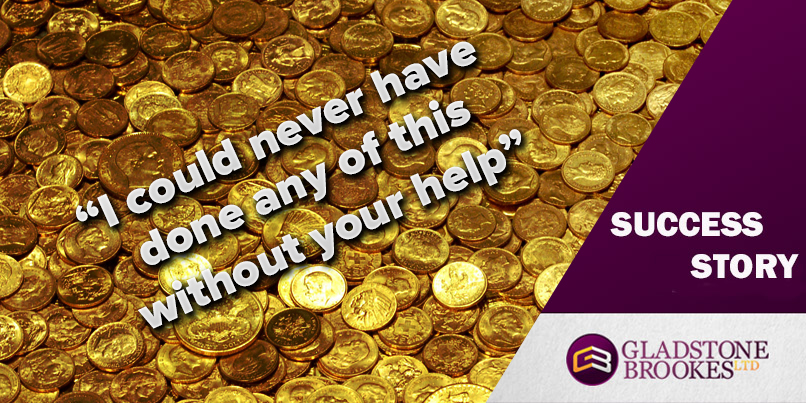 Vinnie Cullen wasn’t sure whether or not he had PPI on his Lloyds credit card and a couple of loans he had, but when he saw the Gladstone Brookes advert on the TV he decided he’d take the plunge and find out.

“I just thought I would see what happened and asked Gladstone Brookes to look into it for me,” said Vinnie

What happened was he got an offer of compensation for a considerable sum for mis-sold PPI on his credit card and the bank offered him another excellent sum for the PPI mis-sold to him on a series of loans.

“I was really surprised at how much money I got back,” said retired chef Vinnie. “I put the money in the bank until I decided what to do with it.”

That was two years ago, but it’s not the end of the story because Vinnie has recently had more success.

Using a new system, Gladstone Brookes was able to go back to Lloyds to ask if Vinnie had any more agreements with them which had PPI attached. After a search they came back and advised they had identified another four loans.

“When Gladstone Brookes called me to tell me what they’d found I was amazed.  All four of them went back quite a few years – into the 1990s,” said Vinnie.

“I asked Gladstone to look into them for me and now I find I’ve got another nice sum of money to come back.  All I can say is thank you very much Gladstone –  I could never have done this without your help.  The service I’ve had has been brilliant.”

Vinnie intends to add his latest compensation to the payment he got back two years ago and now has a good ‘house pot’ to pay for some home improvements and a holiday for him and his partner.

“I’ve been in the house more than 30 years, so I think I’ll treat myself to a nice new bathroom and kitchen,” he said.