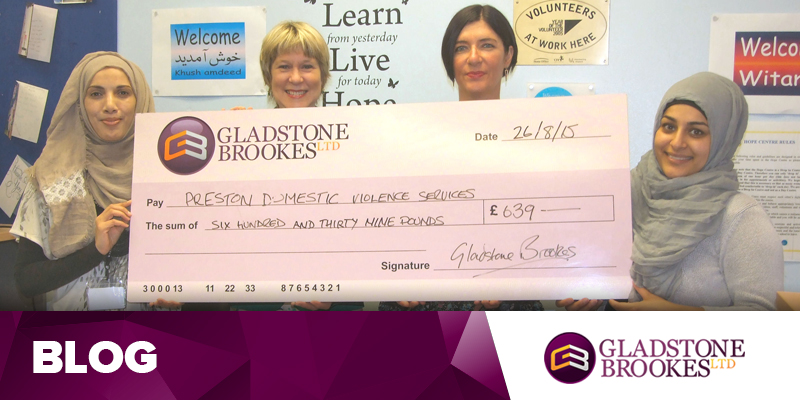 Domestic violence is something people don’t talk about.  Women are scared to discuss what has happened to them and are embarrassed to admit their partner beats them.

But the figures surrounding domestic violence are staggering.

The Crime Survey of England and Wales last year reported 1 in 4 UK women will experience domestic violence at some time in their lives with two women a week being killed in England and Wales.

The Home Office says domestic violence has as higher rate of repeat victimisation than any other crime.  Police receive a domestic assistance call every minute of every day, yet only 35% of attacks are reported to them.

The British Crime Survey reported there are an estimated 635,000 incidents of domestic violence a year in England and Wales – 81% of the victims are woman and the remaining 19% are men.

There were no figures quoted for children, but it is believed 62% of children in households where domestic violence occurs are also directly harmed.  In 90% of all cases, children are either in the same room as the attack or in the next room.

It’s figures like these and the experience of her own friends and family which prompted Jill Holt to nominate Preston Domestic Violence Service (PDVS) as charity of the month for August.

Jill, who originates from Preston but now lives in Warrington, said: “Domestic violence is rife, but nobody wants to speak up about it.  It’s not just physical violence either.  It can be psychological, emotional, sexual and financial too.

“PDVS provide a vital service for women who suffer appallingly and often over a long period of time, yet the charity don’t get the financial support they need to keep going.  My family has been helped by the work they do and I wanted to help them to continue to provide their service.”

Accepting GB’s cheque for £639 from Jill, PDVS chief executive Valerie Wise said: “We are really grateful to have been chosen as your charity of the month and surprised at the size of the donation.

“Domestic violence is a taboo subject and it’s really hard to get people to donate.  If you’re a donkey sanctuary you’re loaded, but fund raising for us is very difficult.”

The service, which helps the abused in and around the Preston, Chorley and South Ribble area, intend to put our donation to good use and part fund a range of projects.

Said Valerie: “Among the projects which will benefit from your donation will be our Cook And Eat scheme, for which we never have enough money to buy ingredients, and provide funding for specialist tutors when we need them.

“We will be spending some of the cash on a venue for our Faith Festival in November – when we celebrate Eid, Diwali and Christmas all together – and it will also help fund our annual Christmas party for the children of our clients.”

Our £639 contribution to PDVS brings the overall amount donated this year to £5,426.  Charity of the month for September is Warrington Animal Welfare which was nominated by Lynsey Jenkins.