Heartbroken Adrian Derbyshire is to carry on his campaign against bullying and hate crime, but with a new focus following the tragic death of his 16-year-old daughter Julia.

Adrian found Julia collapsed at their Warrington home and fought desperately to save her life by giving her CPR until the ambulance came.

Sadly, after five days on a life support machine in hospital, Adrian had to take the terrible decision to tell the doctors to turn it off.

“The lack oxygen to her brain meant she would have had no meaningful life,” said the disabled fencer who himself is suffering from an inoperable brain tumour and has to use a wheelchair to get about.

Julia was a big part of Adrian’s anti-bullying and hate crime campaign, often travelling with her dad to spread the message and helping to save young lives.

Adrian has spent almost two years speaking to over 58,000 children and young adults in schools and colleges all over the country and addressing another 100,000 in open air events and outreach programmes.

He was aware that Julia had suffered years of abuse while living in America with her mother and he was eventually successful in bringing her back home to Warrington where she appeared to be settling down and getting involved with his campaign. However, what he didn’t know was that Julia had a darker side to her character, leading a double life with hidden telephones and a false identity as a member of website groups which promoted teenage self-harming and suicide. 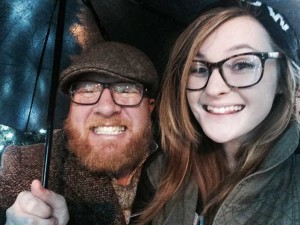 Adrian and Julia in happier times

He only learned about this side of his daughter’s life when he was looking through her things after her death and was shocked by what he found.

“If – as a trained counsellor and ambassador for anti-stigma, bullying and hate crime – I was unaware of what was going on, what chance have other parents got? Even though I tried to prohibit unsuitable use of the internet she was able to access these through other sources such as friends.

“She was able to talk with and ‘meet’ strangers online, who encouraged her to self-harm without thinking of the consequences. I also discovered ‘Keyboard Warriors’ and ‘Trolls’ who criticised her online. Through social media she was able to create an online persona, who she created to be a ‘bad’ girl, but then felt the pressure of living up to that in reality.

“She didn’t talk to anyone or utilise the services she had available to her, so no one was able to help her. I am now left wondering if I could have done more to help as a father and through mental health services and school etc. She was clearly deeply troubled due to an abusive and neglectful past. I keep asking the question was she let down?”

Julia’s death has had a big effect on her many school friends who came together recently to organise a live music event to raise funds for the Julia Derbyshire Campaign which Adrian is setting up in memory of his daughter.
Her death has made him more determined than ever to continue his campaign and he has decided to make Julia a key part of it 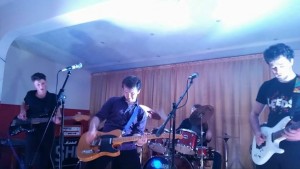 He has added her name to the charitable foundation he is in the process of setting up and will use his own tragic experience to warn other children and their parents about the problems of teen self-harming and suicide.

Said Adrian: “The websites talk about ‘a beautiful death’, but there’s nothing beautiful about self-harming and taking your own life.

“The Julia Derbyshire Campaign will become an integral part of what I do in future, keeping her name alive, warning children and young people of the dangers and providing support for other families who have gone through something like this.

“From my own experience there is certainly a lack of a support network for teens and the pressures they face on line. We have to do something about it.”

“The websites talk about ‘a beautiful death’, but there’s nothing beautiful about self-harming and taking your own life”