﻿ Gladstone Brookes | Is the PPI nightmare over for the banks? 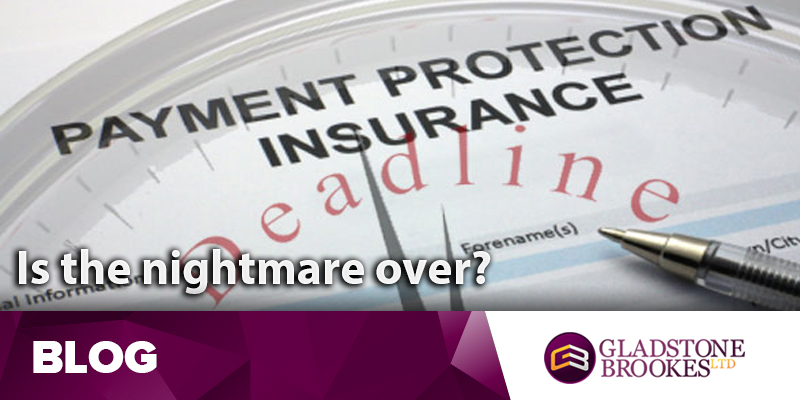 Is the PPI nightmare over for the banks with the announcement of the proposed claims deadline?

It’s the question on many people’s lips and the simple answer is – no, it’s only just beginning.

The mis-selling of PPI has grown into one of the the biggest financial scandals the UK has ever known.  It has affected millions of people and has so far cost £22.5 billion since January 2011.

The insurance was mis-sold on a biblical scale over more than a decade and the British banking industry has been reeling from the consequences ever since.

The British Bankers’ Association (BBA) lost their judicial review in the High Court over how claims should be investigated in 2011 and the guesstimate of how much the scandal was likely to cost the industry was somewhere between £3 and £4 billion.

The compensation paid for mis-sold PPI in May 2011 was £39.8 million.  By August the monthly total had risen to £244.5 million and by Christmas the banks were already paying out more than £½ billion a month.

By May 2012, just a year after the BBA lost the judicial review, the monthly total had soared to £735.3 million.  In that single year – May to May – consumers who had been mis-sold their PPI were paid out more than £4.68 billion.

The massive increase in successful claims led to the BBA lobbying the then UK financial regulator – the Financial Services Authority (FSA) – to try to get a deadline imposed which would have killed off the claims deluge by 2014 at the latest.

The move brought extremely vocal opposition from consumer groups who argued that to impose such a deadline would be depriving consumers of the chance to recover money which was rightfully theirs.

The FSA listened to the consumers and refused to allow a deadline at that time, but idea never really went away.  When the new regulator – the Financial Conduct Authority (FCA) – took over the reins in April 2014, the BBA revived the deadline talks.

Last Autumn the FCA announced the possibility of a deadline would be included in their thematic review of how the banks have been handling PPI claims.  The conclusion of that review and the formal announcement of the deadline is expected this Spring, though no exact date has been given.

A lengthy statement from the FCA said it believes a deadline would ‘help bring finality and certainty’ to the on-going PPI saga.

“There is a case”

It added: “The FCA now considers there is a case for intervening further in PPI and that introducing a deadline and running a communications campaign would:

Since then the banks have been laying contingency plans and trying to estimate how many new claims might be made.

Figures released previously by the FCA say they believe up to 45 million PPI policies have been sold with an estimate suggesting only 16 million mis-selling claims have been made.  While it is obviously true that not all policies were mis-sold, there are potentially well over 20 million new claims which will have to be made within the next two years or the consumers will lose the right forever.

So how much more will it cost?

The honest answer is no-one really knows, but the banks are already beefing up their PPI provision and hoping it will be enough to see them through to the end of the deadline period without having to make further adjustments.

Royal Bank Of Scotland (RBS) led the way by issuing a special profits warning to say it was setting aside another £½ billion to bring its provision up to £4.3 billion.  Bank chief executive Ross McEwan commented: “Based on what we now today this is the final provision.  Hopefully it is the end … this is it.”

Santander came next, announcing it had set aside another £450 million to take its total pot to £1.52 billion.  But the announcement made it clear they are not convinced this is definitely the end.

Santander chief executive, Nathan Bostock, said: “We have provided £450m in response to the recent FCA consultation paper on PPI and the Plevin case. This charge represents our current best estimate of the remaining redress and costs, notwithstanding the ongoing nature of the consultation.

“Although we are comfortable with our current position, we will continue to review our provision levels in respect of recent claims experiences and the observed impact of the two-year deadline.”

HSBC’s figure was £388 million to take their overall provision to £3.32 billion

By far the biggest figure came from Lloyds Banking Group (LBG).  It set aside another £2.1 billion, bringing the overall total for 2015 to a staggering £4 billion – equal to the estimated total cost for the industry back in 2011.

The announcement brought the grand total Lloyds has set aside to an incredible £16 billion – approximately half the total set aside by the industry.

Barclays was the last of the big banks to reveal its increase, adding a further £1.45 billion to bring its total to £7.4 billion.

The annual figures report stated that the additional PPI provision is based on ‘an updated estimate of future redress costs’ which was caused by ‘a slower than expected decline in claims volumes’ and ‘reflects the Financial Conduct Authority’s proposals for the introduction of the proposed 2018 complaints deadline’.

Five years after the BBA lost the judicial review and a few months before the PPI deadline becomes a reality, Britain’s banks are still paying out an average of more than £⅓ billion a month for PPI claims, with a total paid out to date of £22.5 billion.

The latest updates bring the total set aside for compensation payments on successful claims to an amazing £33.73 billion

But the truth is we won’t know if that’s the end of the story until after Spring of 2018.