﻿ Gladstone Brookes | SUCCESS STORY – I tried to claim myself, but without success 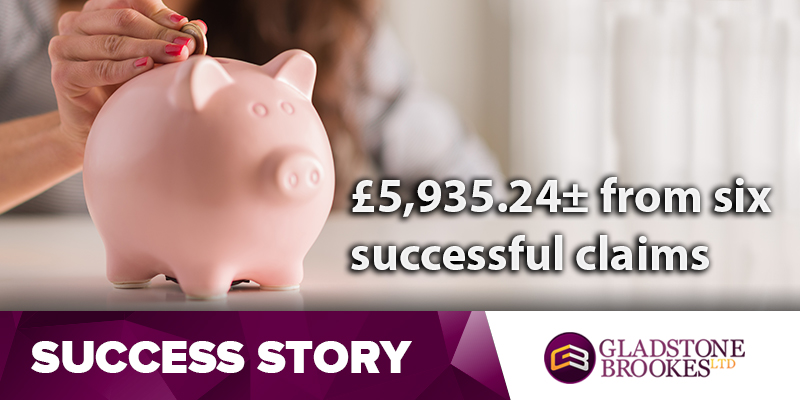 When Alice Johnson saw the Gladstone Brookes TV advert she decided she would have one last try to see if she had been mis-sold PPI after her own attempt to make a claim against HSBC had got nowhere.

“I tried to claim myself, but without success. Then I saw the advert on TV and decided to give it another try,” she said.

The decision was to be a good one as the ensuing investigation revealed PPI had been attached to a total of four HSBC loans, plus one each from Halifax and Marks and Spencer.

All three companies admitted the PPI had been mis-sold and Alice was offered a total of £5,935.24± compensation.

“The service from Gladstone Brookes was excellent,” said Alice. “It was quite a surprise when they found all the other claims as well. One of the HSBC loans was more than 20 years old.”