﻿ Gladstone Brookes | CHARITY OF THE MONTH – The Peace Foundation 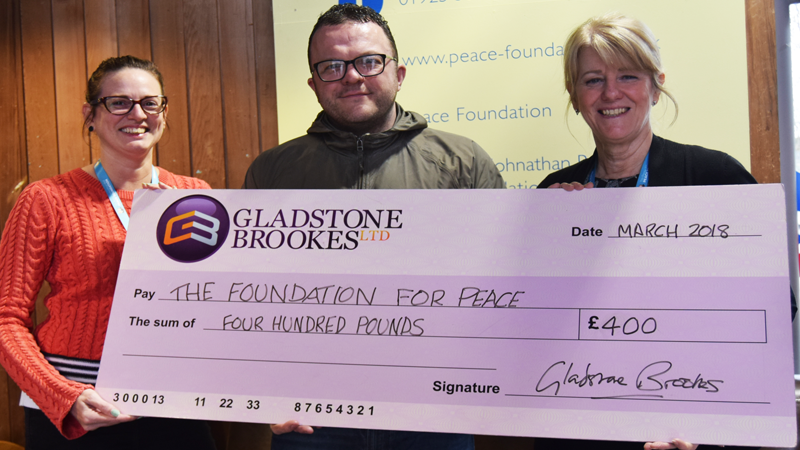 Charity of the month for March is the Tim Parry Jonathan Ball Peace Foundation – an organisation created in memory of the two Warrington boys who were killed by an IRA bomb left in a rubbish bin in Bridge Street, Warrington, 25 year ago.

In the aftermath of the tragedy Tim’s parents – Colin and Wendy Parry – established the Foundation which has since become an internationally recognised centre for conflict resolution and victim support.

Princess Anne visited the town on the anniversary of the blast and joined in a minute’s silence at 12.27 pm – the exact time of the blast in 1993.  Joining her were family members of the victims and representatives of both the British and Irish governments.

Princess Anne attended the memorial service in Warrington’s Bridge Street. She is pictured with Colin Parry whose wife, Wendy, is in the background

th anniversary of the bombing Colin Parry said: “At Tim’s funeral, I said that if my son becomes a symbol for peace and gives everyone a new sense of hope after so much tragedy, then that will be Tim’s unique achievement.

“Today, the charity which Wendy and I founded is the leading UK provider of support to victims of terrorism, young people and communities whose lives have been affected by extremism.

“As we mark 25 years since our son was taken from us in such horrific circumstances, we know that Tim, Johnathan, Bronwen and all those who were injured are remembered and honoured by the work that we do every day.”

Since the Manchester Arena bombing in May 2017, the Foundation’s Survivors Assistance Network (SAN) has supported over 750 individuals. SAN provides free, life-long, practical and emotional support to people directly affected by terrorist attacks.

The charity was nominated to receive our £400 dress-down donation by former Gladstone Brookes employee Pamela Heyburn who is now a project support officer for the Foundation.

She said: “From my time with Gladstone Brookes I knew they supported local charities by donating dress-down money and, as dress-down, was one of the themes of the anniversary I asked if they would like to take part.

“Twenty five years on from the IRA bomb attack we are asking local schools, colleges and businesses to help us raise £150,000 so we can continue our work in 2018 and continue the unique achievement.”

Receiving the cheque, Wendy Parry said: “I would like to say a special thanks to the staff at Gladstone Brookes for their generosity in rising this money for us.

“Without such generosity we could not carry on our work and we’re especially grateful that it’s come from a local company.”