﻿ Gladstone Brookes | CHARITY OF THE MONTH – The Adam Lewis Effect 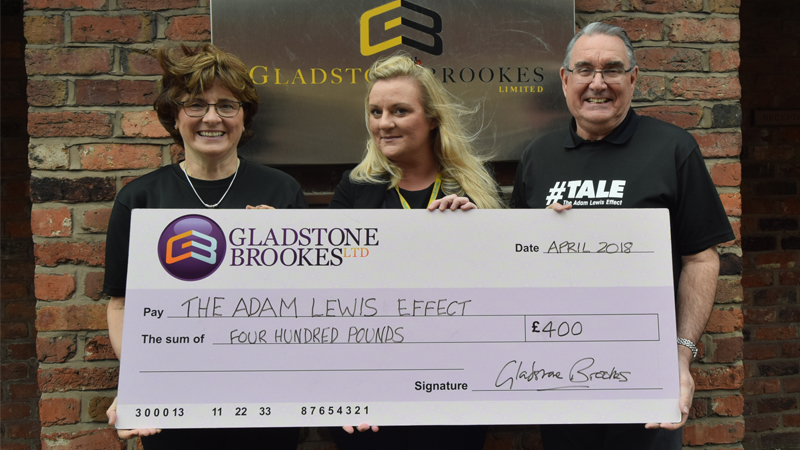 Kim and Peter Lewis accept our donation from Hayley Smith

At 24 years old Adam Lewis had everything to live for.  He had just bought his first house with his girlfriend, completed his apprenticeship and had a good job working for Unilever.

But then in June 2014 he was 20 minutes into a flight to Barcelona when he fell unconscious and never woke up again.

Cabin crew tried to revive him as the plane made an emergency landing at Gatwick Airport.  Paramedics were waiting on the runway, but they too were unable to revive him.  Tests could not establish a cause of death. His heart had just stopped beating and wouldn’t start again.

His family were devastated when they were later told he had probably died of a condition known as Sudden Arrythmic Death Syndrome (SADS), but once the initial shock had worn off they 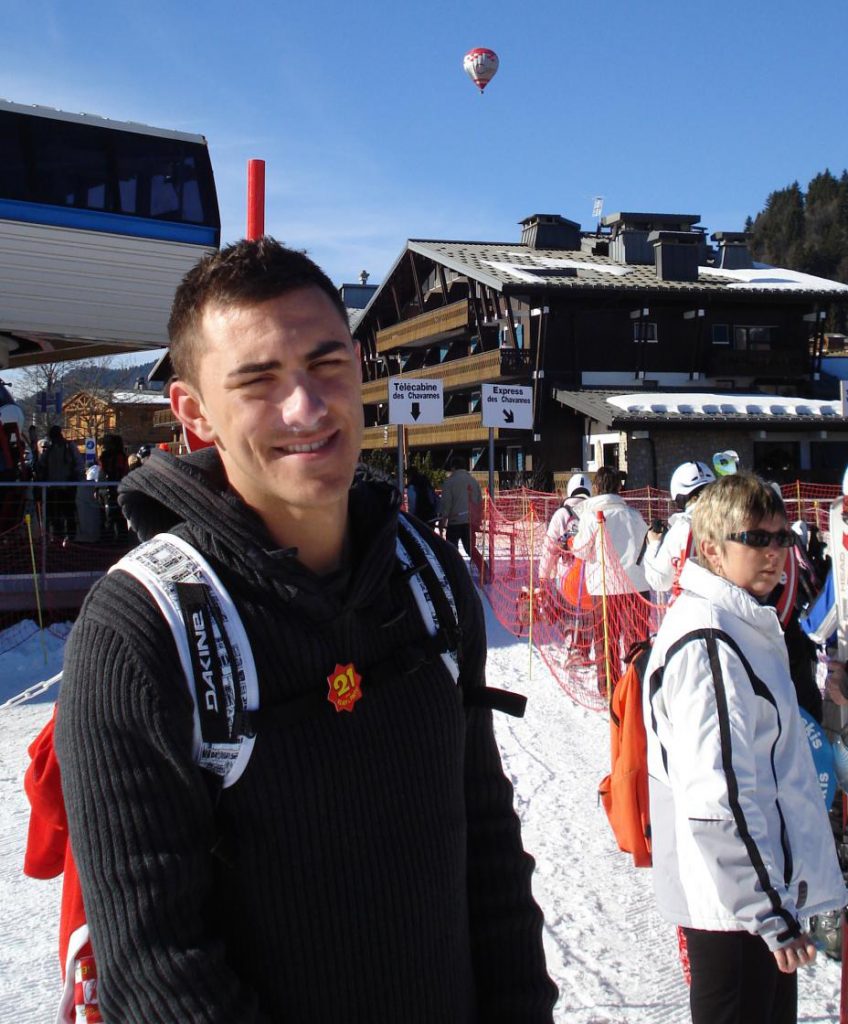 Adam appeared fit and healthy before the tragedy

channelled their grief into setting up the Adam Lewis Effect charity to try to raise funds for heart screening which could possibly give early warning of the condition.

The charity was nominated for our £400 donation for April by Hayley Smith – a lifelong friend of the family, born just six months after Adam’s half brother Neil.

Said Hayley: “I just had to do something.  Charities like this rely on donations to get their work done and I’m glad we have been able to help.”

Receiving the cheque, Adam’s father, Peter, said: “This is wonderful.  Each test costs £50 so this one donation will finance eight tests with the potential of saving someone’s life.”

Adam’s mum, Kim, added: “We’d like to thank Gladstone Brookes for their generous donation.  This is a condition which kills 12-14 young people a year in their prime of life.  Adam was just 24 and appeared to be fit and healthy.  He never smoked, didn’t drink excessively and never took drugs.

“We want to do what we can to prevent other families having to go through what we have and it’s not just boys, it’s girls as well.  One of the main aims of the charity is to raise the profile of the condition and get the word out there.

“The test screening works and we want to encourage all young people under the aged of 35 to get themselves checked out. Please take the time to visit www.testmyheart.org for screening session in your area.

You can learn more about Adam’s charity here