She was closely followed by a Hampshire man who received a £60,484 payout on a single claim for an MBNA credit card.
Just over half the successes came from a single claim and the first 13 on the list were all over £30,000. 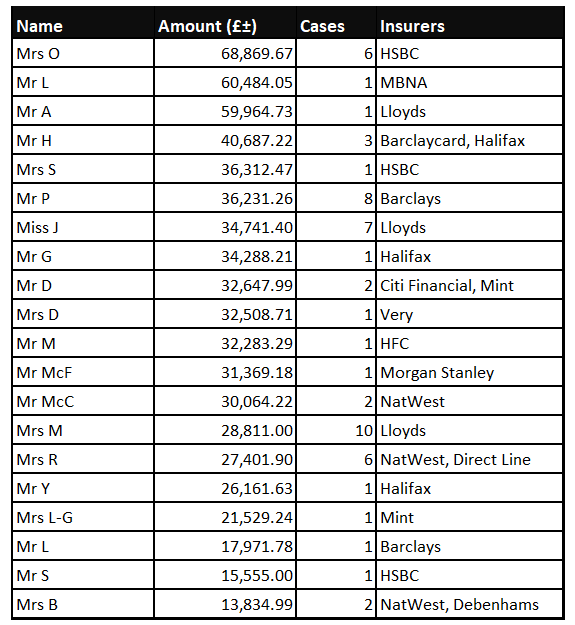 ± before fees and taxes