﻿ Charity of the Month Archives | Page 3 of 6 | Gladstone Brookes 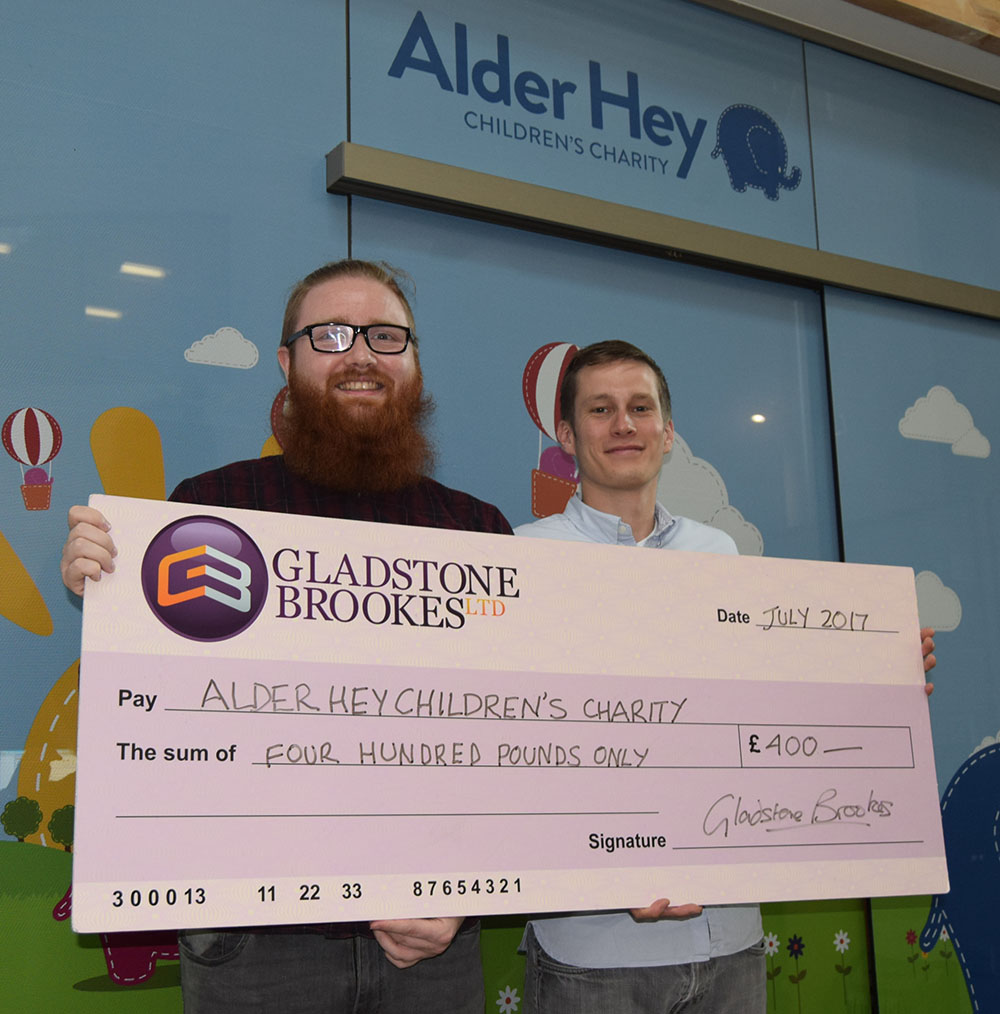 Gareth hands over the cheque for £400 to fundraiser Allan Eves

Gareth Smith has been back to Liverpool’s Alder Hey Children’s Hospital to say ‘thank you’ for saving his life when he was just one day old.

Gareth nominated the hospital’s Children’s Charity as GB’s charity of the month for July as his way of saying thank you for the life-saving operation performed by surgeons after it was discovered he had been born without an oesophagus.Read More 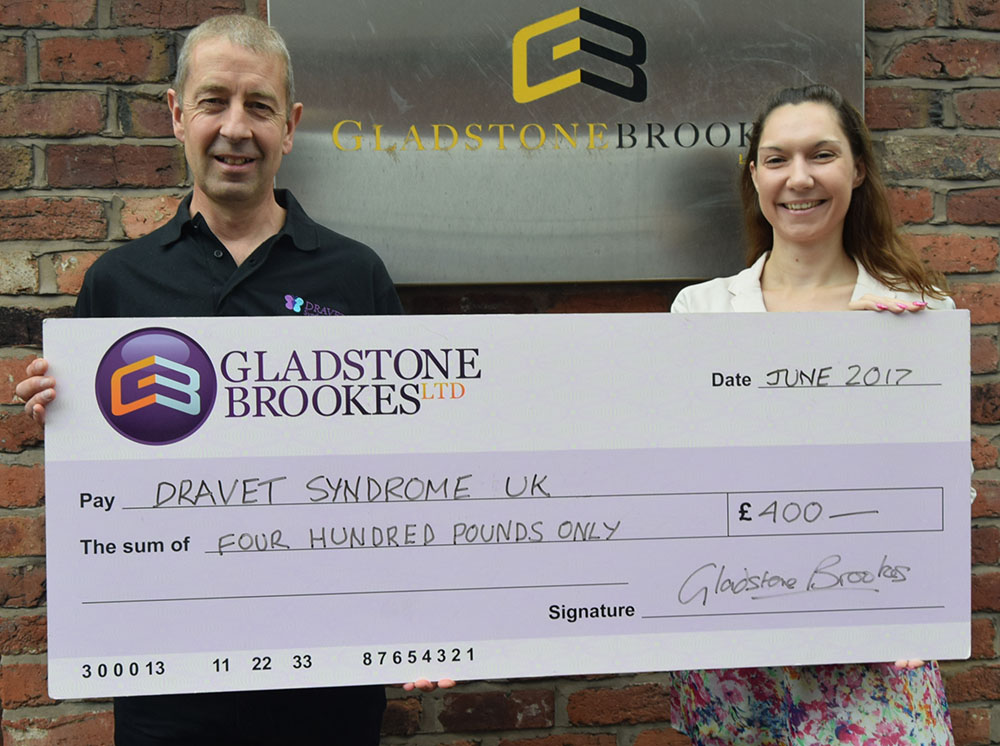 Our charity of the month for June is Dravet Syndrome UK, nominated by Sarah Cunliffe.

Dravet Syndrome is a rare and disabling type of epilepsy which is all the more distressing as is presents in infants and for which there is no known cure.Read More

Charity Of The Month and extra efforts 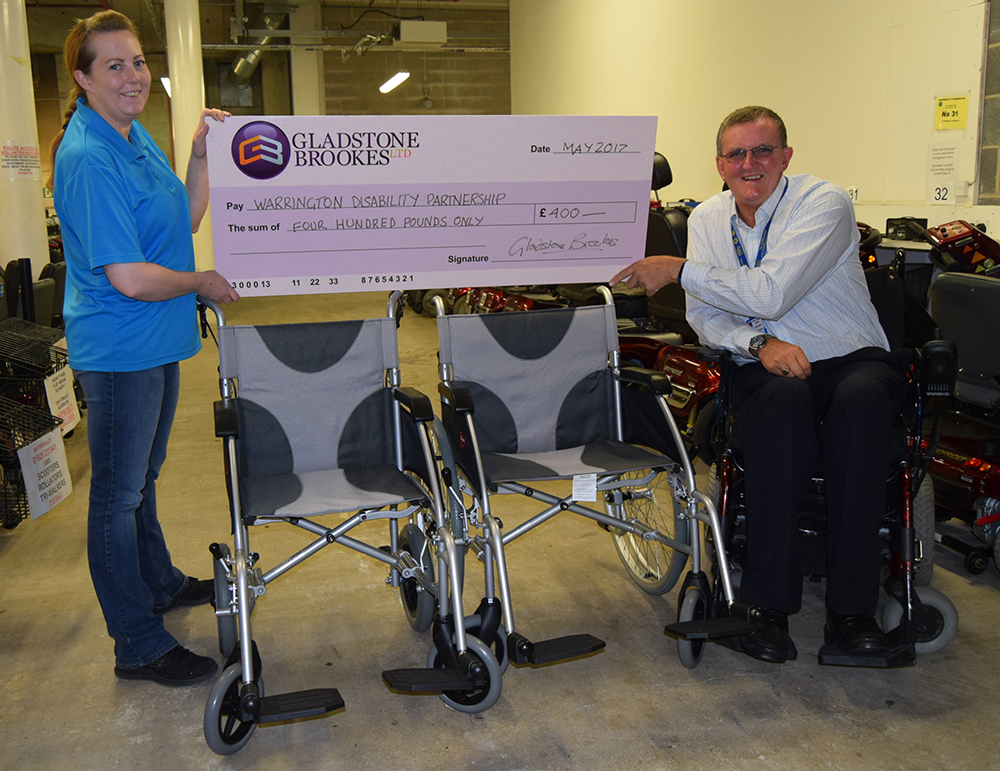 Gladstone Brookes is a company which is proud of its efforts to help out local charities and give something back to the community we live in.

Every month we donate our dress down money to a nominated charity which could be either local or national – like this month’s Warrington Disability Partnership (WDP) or Children In Need.Read More

By Mike Birkett | Published 16th May 2017 | Posted in Charity of the Month, Gladstone Brookes, News | 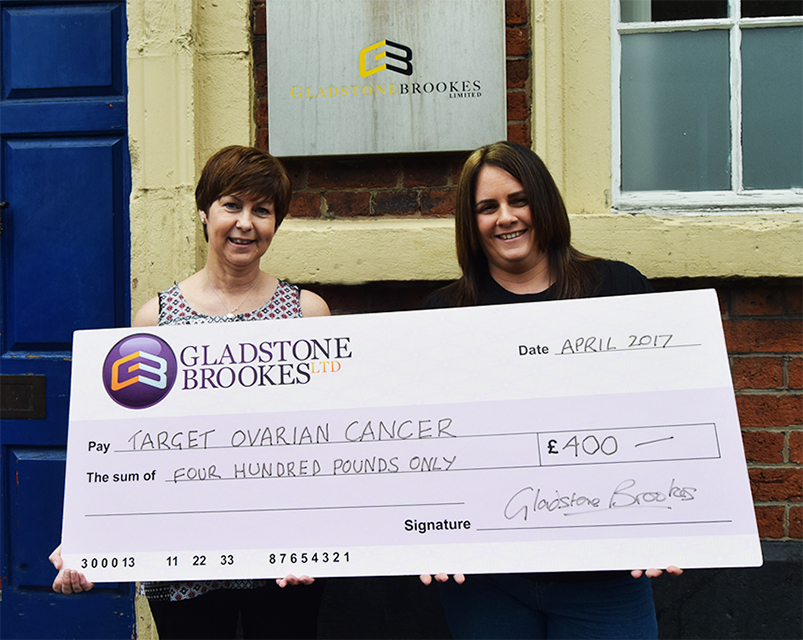 Our charity of the month for April was Target Ovarian Cancer, nominated by Hayley McAteer in memory of her friend Kerry Vincent wo died of the disease in March last year, aged just 27.

Kerry became engaged to her fiancé Adam in April 2015, three months before being given her cancer diagnosis after being rushed into hospital on return from a holiday in Malta.Read More 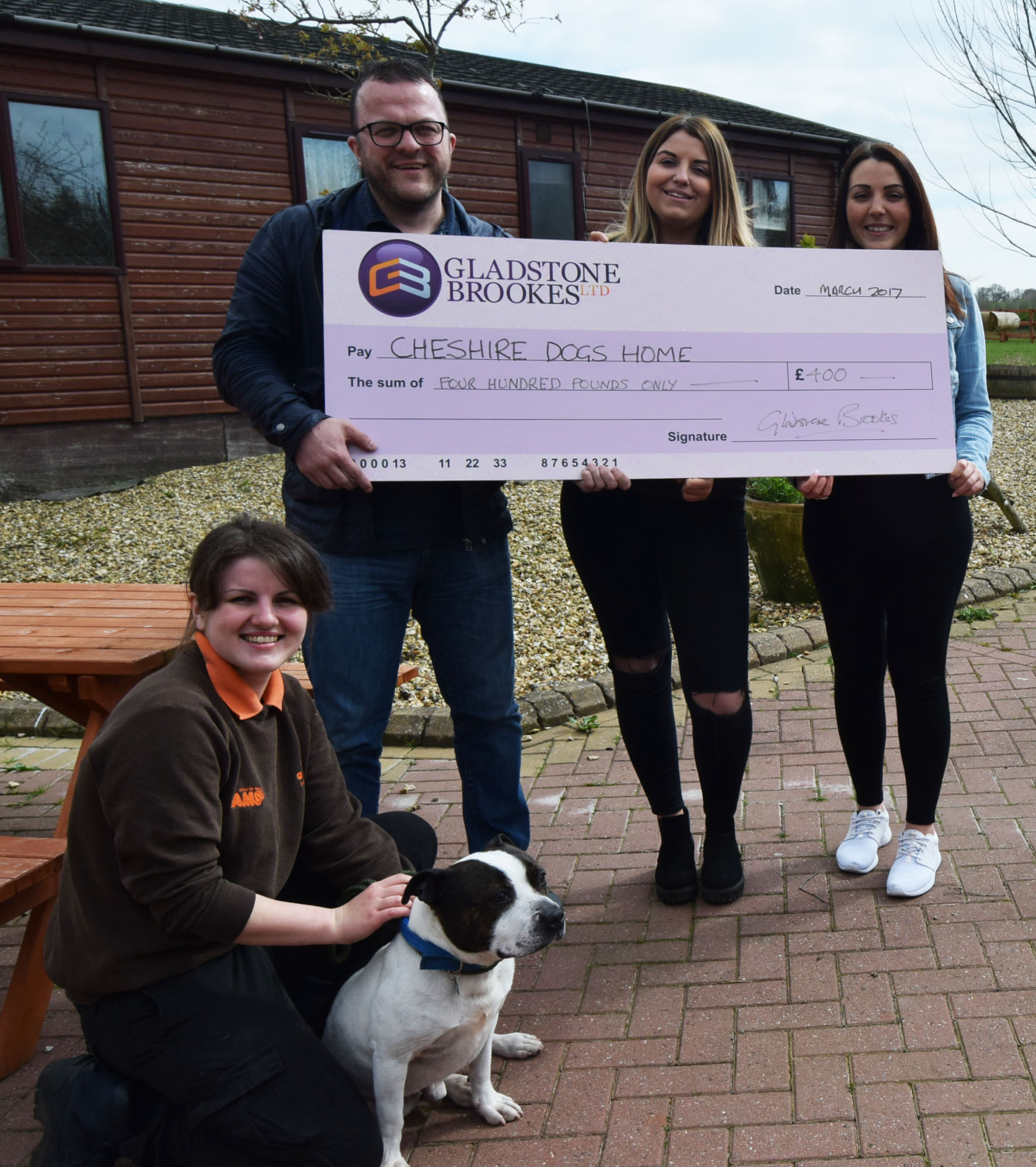 Tony Woolrich, Hannah Fraser and Jen Merchant handing over the cheque for £400 to Bruce and his handler Kelly Walker

Our charity of the month for March is the Cheshire Dogs Home, nominated by Jen Marchant, Tony Woolrich and Hannah Fraser.

Receiving the £400 donation, Heather Lockett said: “We are immensely grateful for the generosity of the Gladstone Brookes staff.  As you can imagine, dealing with over 7,000 dogs a year we always have need of money and with generous gifts like this we would struggle to carry on.Read More 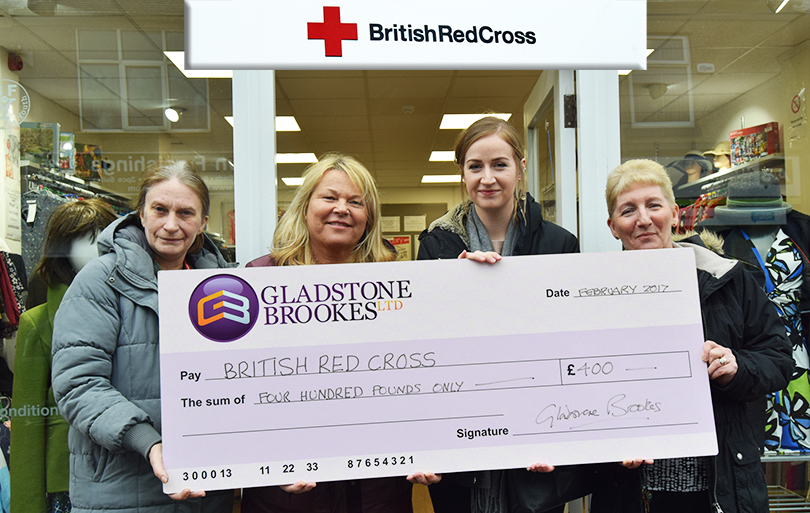 Our charity of the month for February is the British Red Cross – one of the world’s most iconic charities with workers to be found anywhere there is need or a disaster.

But they do a lot close to home as well, offering a wide range of services, including support in emergencies and for people in their own homes, event first aid and ambulance support, mobility aids and first aid courses.Read More

CHARITY OF THE MONTH – Macmillan Nurses 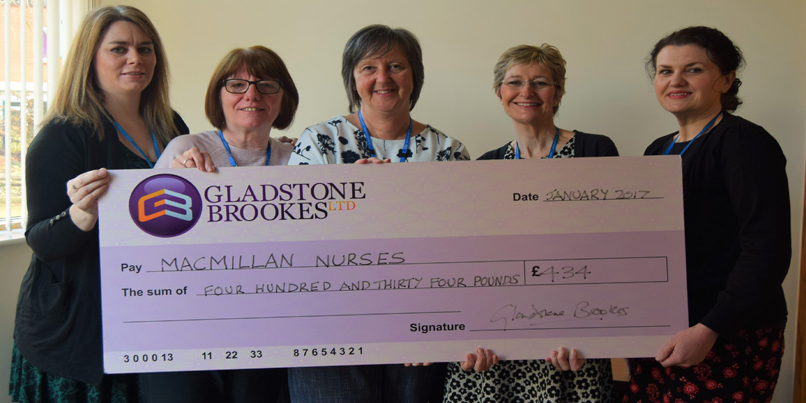 Possibly the most terrifying words you will ever hear are ‘You’ve got cancer.’

We all dread it and we all know someone who has been through it.  The lucky ones survive, but for many the diagnosis is terminal and that news is devastating.Read More

Toy Appeal caps a year of giving for GB 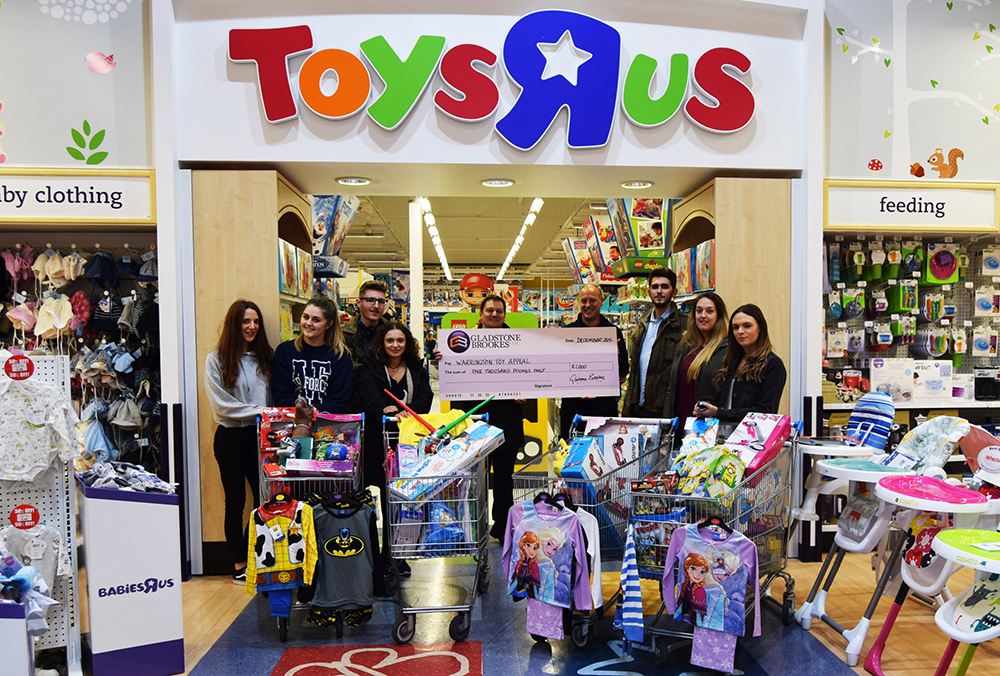 Our eight volunteers pictured with appeal organiser Paul Whittaker (centre back row)
after their £1,100 trolley dash around Toys ‘R’ Us

By Mike Birkett | Published 18th November 2016 | Posted in Charity of the Month, News | 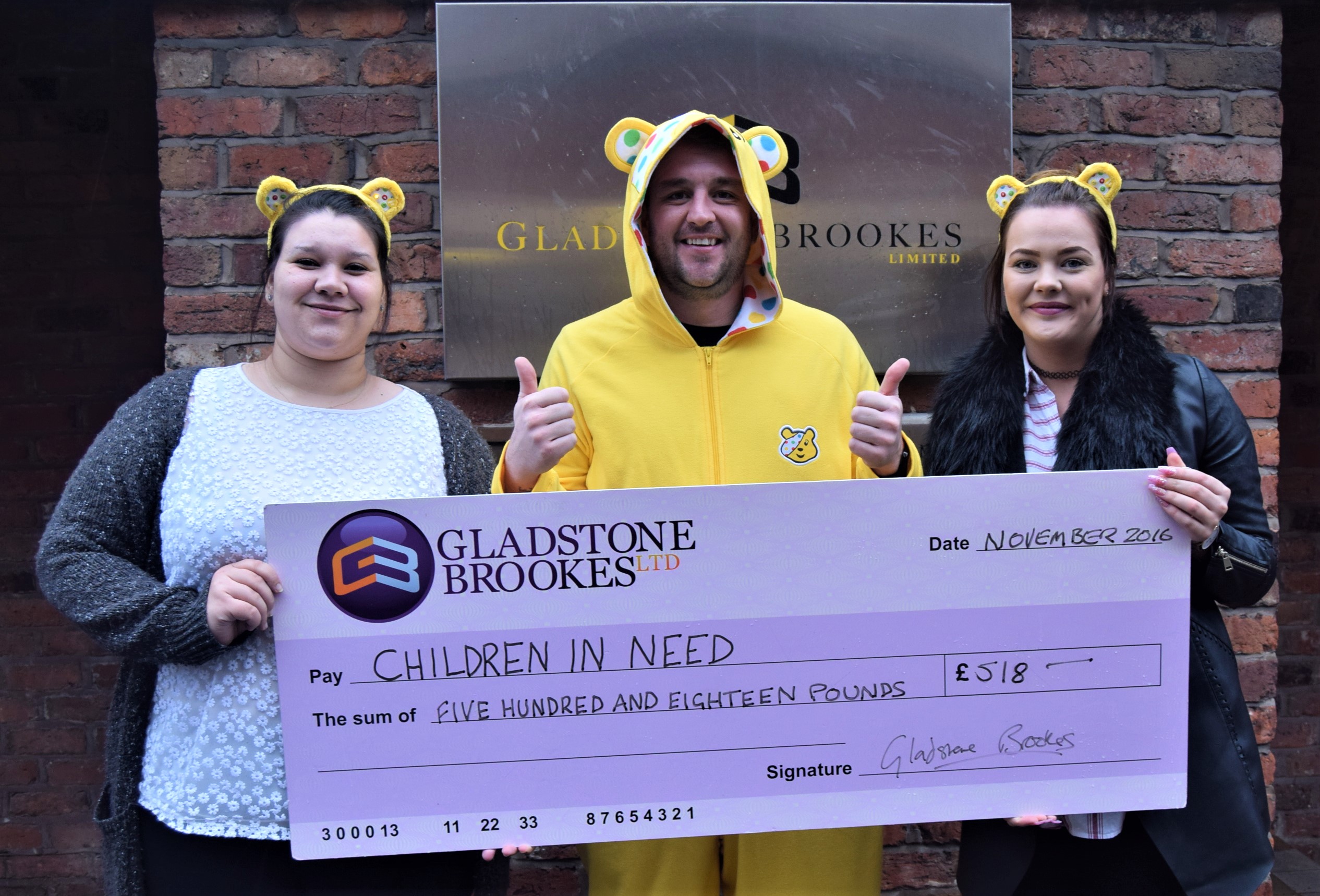 From left to right: Dominique Russell, Neil Jackson and Paige Bisatt with our £518 contribution to this year’s Children In Need Appeal

This year’s penultimate Gladstone Brookes charity of the month is Children In Need and the £518 we have been able to donate brings this year’s running total to £6,158.

The charity has received regular support from Gladstone Brookes in recent years and, in return, our region has received a lot of help in the form of a wide range of grants to local organisations.Read More

CHARITY OF THE MONTH – CHICS at Alderhey 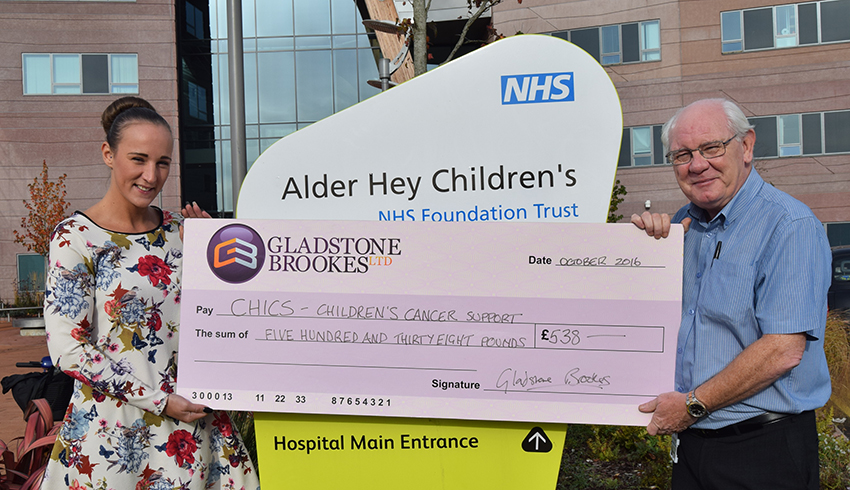 Cancer is a word that strikes fear and dread into the hearts of the bravest people.

How many of us have wondered what our own reaction might be to receiving that devastating news from a doctor?Read More