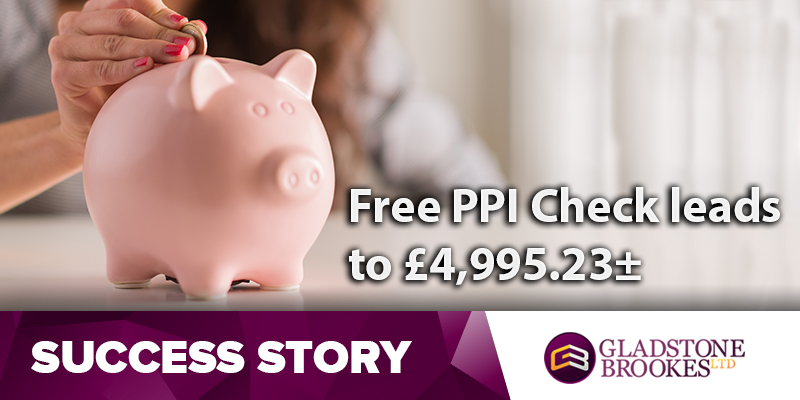 A Free PPI check advert caught Sylvia Perkins’ attention when she was on Facebook because it mentioned possible claims against Welcome Financial Services.

Said Sylvia: “We had had a little trouble with Welcome so I decided to see if there was the chance we could get any money back from them.”Read More

SUCCESS STORY – You could have knocked me down with a feather! 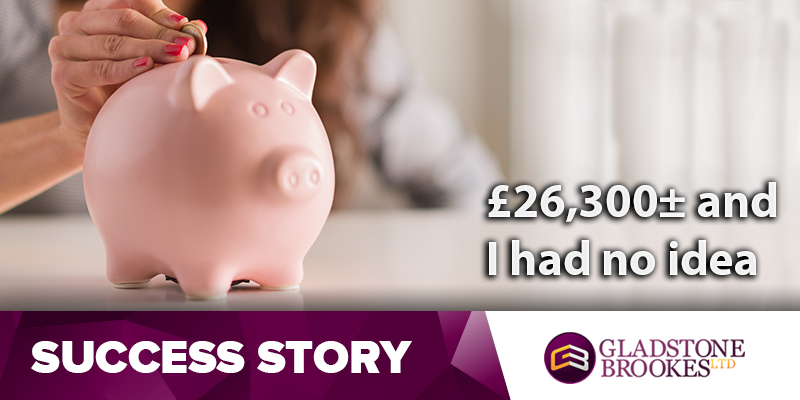 When former local authority worker Sandra Worsley heard how much PPI compensation she had received after making a series of claims with Gladstone Brookes she was stunned.

“You could have knocked me down with a feather,” she said.  “Over £26,000± for a combination of claims against Bank Of Scotland and Halifax.”Read More

SUCCESS STORY: Great service – It was so easy! 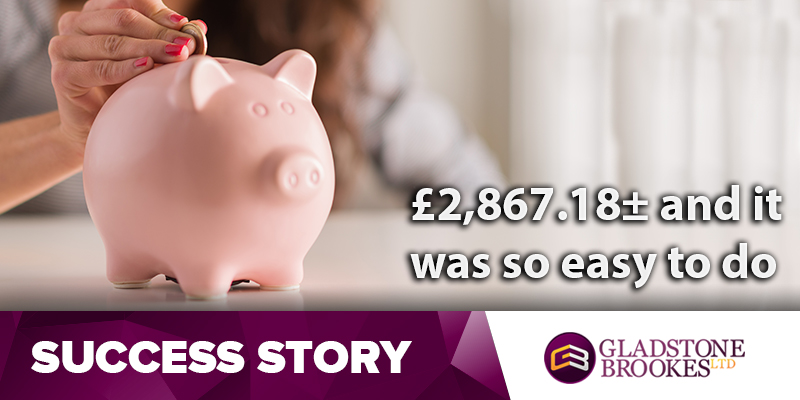 Linda and Ken Daniels knew they had PPI attached to a loan from HSBC, but thought it had been taken out too long ago to be able to make a claim.

“But then I saw the Gladstone Brookes advert on TV and realised they could go back further than I had thought possible and decided it was time to do something about it,” said Linda.Read More 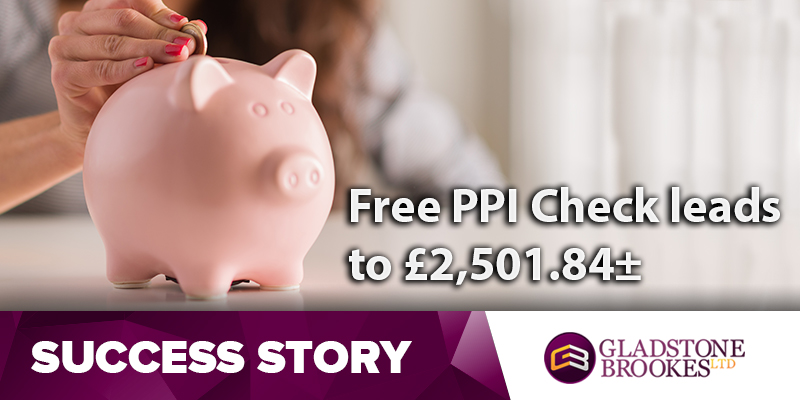 Mrs Margaret Holms was on-line with Facebook when an advert popped up for a Free PPI Check.

“I clicked on it and checked it out because it mentioned Welcome Finance and I knew I had agreements with them in the past.  I wasn’t sure whether PPI had been attached to any of them, but I thought it was worth checking out.”Read More

SUCCESS STORY – The best 10 minute phone call I ever made! 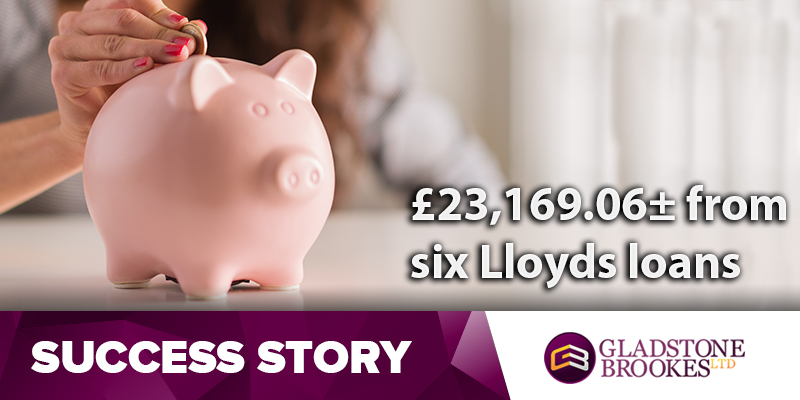 But then he was chatting to one of his friends who said she had just made a successful £10,000 claim having found out there was PPI attached to a store card she had held for years.Read More

SUCCESS STORY – The response has been phenomenal Sales manager Daniel Frodsham was on leave and unusually watching daytime TV when he saw the Gladstone Brookes TV advert which set him thinking about possible PPI on a series of loans and credit cards he had taken out over the years.

“I was aware of the problems with PPI and like everyone else had received the cold calls on my phone, but I liked the look of what I saw on the advert and did some further research online before giving them a call,” he said.Read More

SUCCESS STORY – I thought it would be hundreds, not thousands 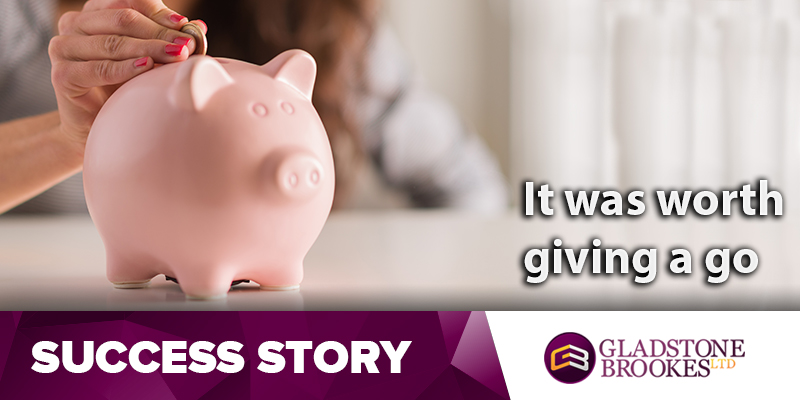 Mike Ogston credits the Gladstone Brookes TV advert with finally deciding to see if he had ever been mis-sold PPI on any of his financial agreements.

“It got me to thinking about it,” he said.  “I didn’t really know whether we had any or not, but I thought it was worth giving a go.”Read More

SUCCESS STORY – I would not have pursued it myself 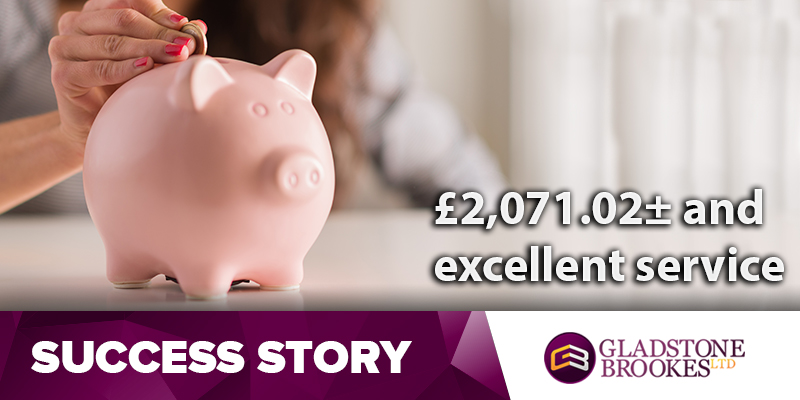 Pensioner George Spink was sure he had paid PPI on a loan from HFC Bank, but had never made a claim himself.

“It was on my mind for ages before I saw the Gladstone Brookes advert on TV, but I would never have pursued it myself.”Read More

SUCCESS STORY – I recommended it to a friend and he’s been successful too! 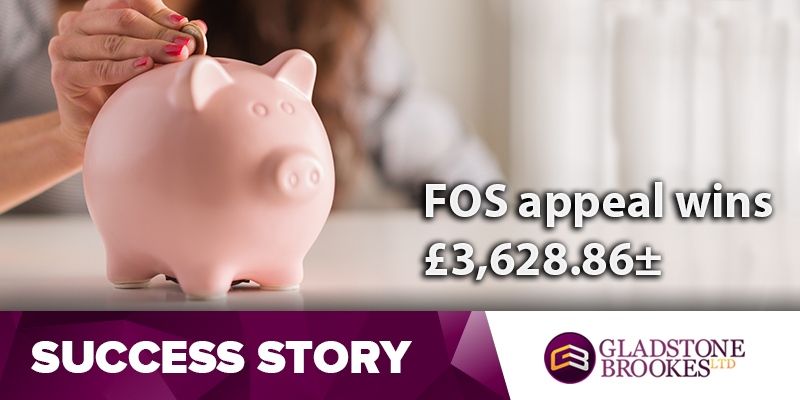 Alan Purr was so pleased with the service he got from Gladstone Brookes which brought him compensation of £3,628.86± that he recommended it to a friend who has now had a successful claim in his own right.

Former local authority worker Alan had never taken out PPI as far as he knew because had never had any need of it.Read More 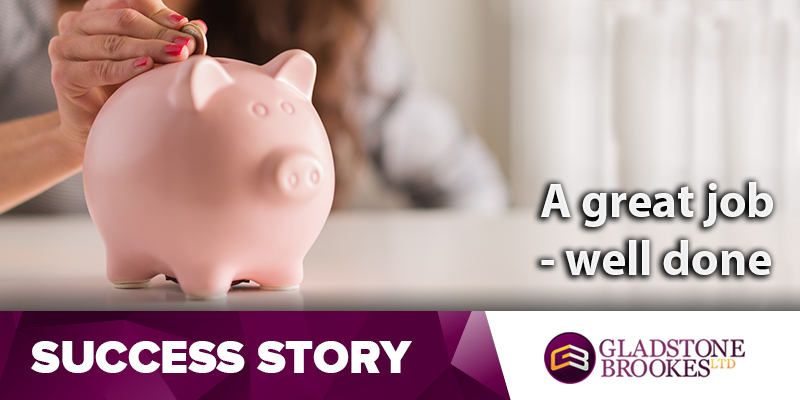 Gordon Adam had to retire early through ill health and was surprised one day to receive a letter from his bank asking if he wanted to keep paying the PPI on his loan now he had finished work.

“It was around the same time I saw the Gladstone Brookes advert on TV and thought I would give it a go because I had nothing to lose,” said Gordon.Read More