SUCCESS STORY – Recommended by a friend who was also successful 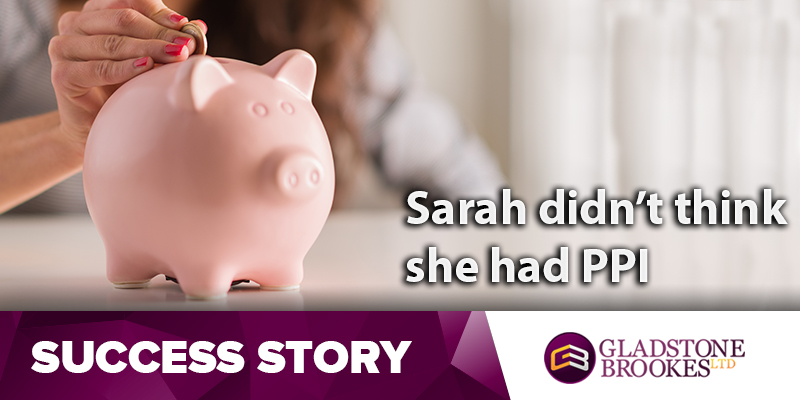 Sarah Ison didn’t think she had any PPI because her job had provided good sickness benefits – full pay for six months and another six months on half pay – so she would never have needed the cover.

But then she spoke to a friend who had already had a successful claim with Gladstone Brookes who advised her to check anyway because she hadn’t thought she had a policy either.Read More

SUCCESS STORY – Free PPI Check? In for a penny… 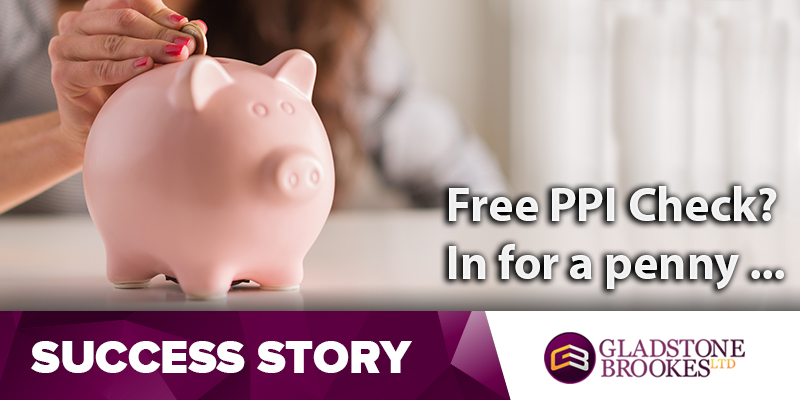 David Daniels was scrolling through the adverts on Facebook when he came across one for a free PPI check.

“It caught my attention because it mentioned Welcome Finance.  I knew nothing about PPI, but I knew I had dealings with Welcome in the past so I thought in for a penny …..” said David.Read More 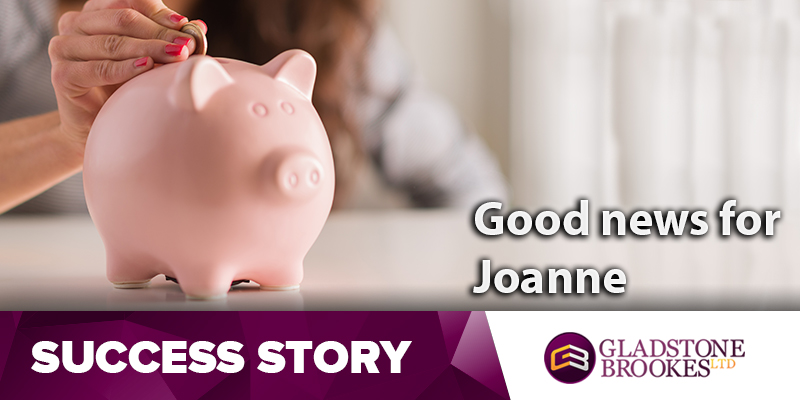 When Joanne Cavanagh decided to see if she had paid any PPI in August 2014 she had no idea what the future was going to hold.

But a year later she was hit with the devastating news that she had cancer in both breasts.Read More 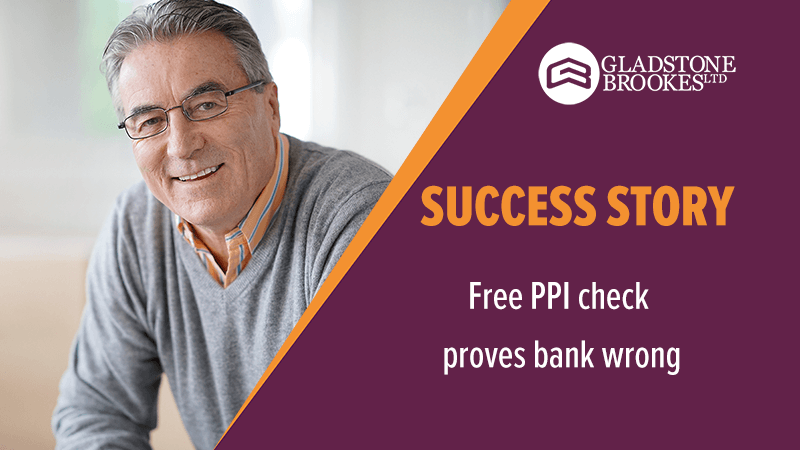 When Scotsman Kenneth Laverick first approached Bank Of Scotland about the possibility he had been mis-sold PPI on his loans and credit card the bank wrote out and told him he had no claim.

SUCCESS STORY – It’s not a case of how much money 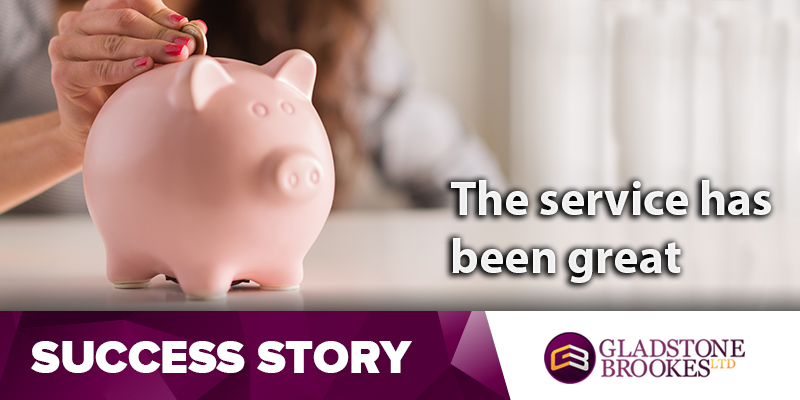 When Stephen McCurry decided to claim for possible mis-sold PPI he wasn’t sure that he had any because he had always refused to take out the insurance.

“I had a good job and good sickness benefits, which meant I would have been paid for a year if I was off sick so, I never had the need of any insurance,” he said.  But after seeing the Gladstone Brookes advert on TV he decided he would check things out, just in case.Read More

SUCCESS STORY – The outcome was exceptional! 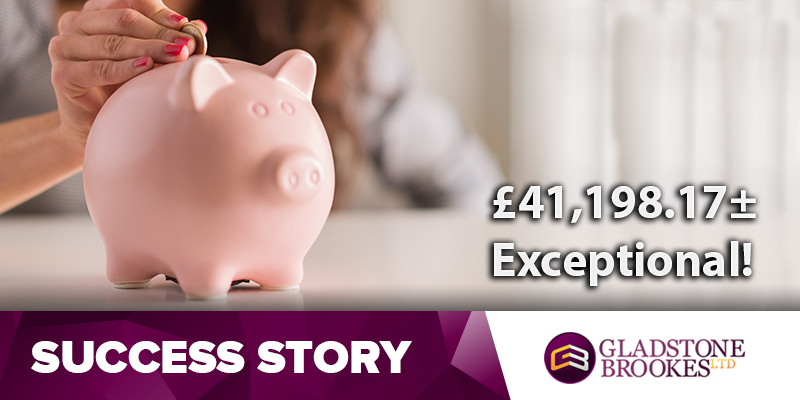 Secretary Susan Whittaker contacted Gladstone Brookes on the advice of a friend who had already had successful cases with the company.

Said Susan: “I had tried to get some PPI back previously through another company and was told I was ineligible, but when I was chatting to my friend she suggested I try Gladstone Brookes because I had nothing to lose.Read More

SUCCESS STORY – I was expecting hundreds, not thousands

SUCCESS STORY – The service was great 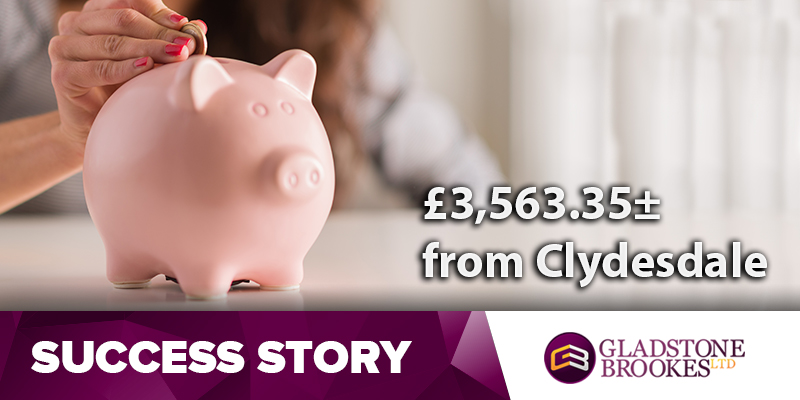 Constance Duffy had considered making a claim for mis-sold PPI, but thought that her loan had been taken out too long ago to qualify.

But when she saw the Gladstone Brookes advert on TV she decided to give it a try anyway.Read More

SUCCESS STORY – Recommended by a friend 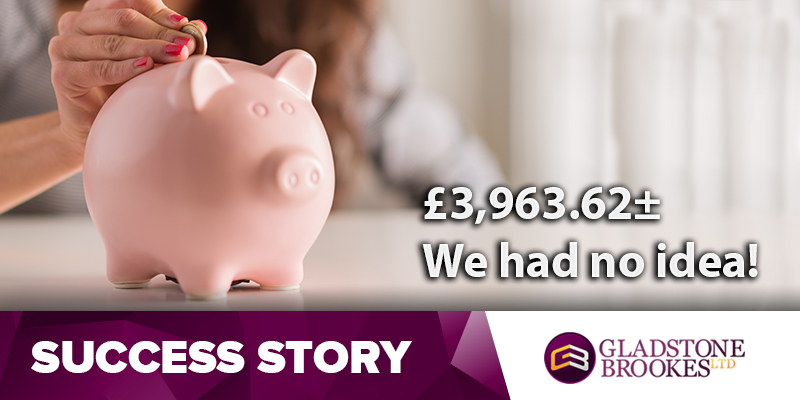 Barrie and Catherine Smith had no idea whether or not they had PPI attached to any of their past finance agreements and had never thought about claiming.

But then one of their friends had a successful case with Gladstone Brookes and suggested that they should give it a try because they had nothing to lose.Read More

SUCCESS STORY – I’m so grateful for what you have done

Mrs Travis has her son to thank for the £10,849.69± compensation she was paid for PPI mis-sold to her by Barclays Bank.

“I thought I might have some PPI, but, to be honest, I was worried about going up against the bank so I did nothing about it,” she said.